So now we’ve done some simulations of the likely parties to get elected; what can we do now? Broadly, the answer is “Fill out the entire ballot paper”, but if you want to save time you can just fill out all parties that have a chance of being elected. (Although, it pains me to tell you to only partially fill).

Here are some useful websites which will assist you in:

And as a little summary, here’s my predictions (I’m so sorry every party is blue): 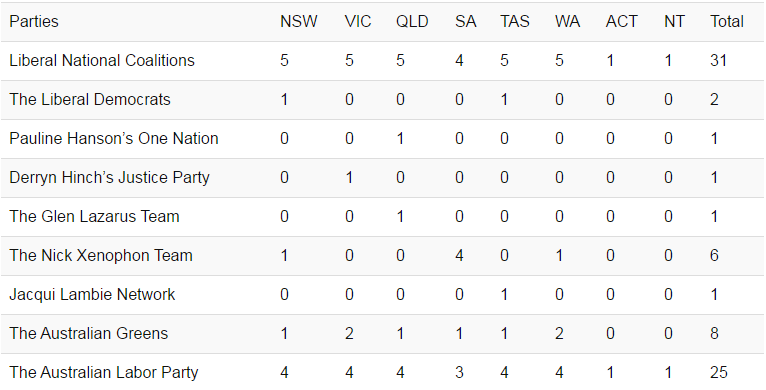 Step 1: Don’t accidentally pick a candidate who will break quota

When starting your vote, avoid all candidates who are (according to my analysis) guaranteed a seat. They will (mostly) be quota breakers, and if you vote for them, the value of your preferences are decreased. It’s much better to start on:

Step 2: Pick a template ballot from below (please make edits where you don’t like the parties / ordering)

I know / am friends with the following senate candidates (If I’ve forgotten anyone (HI!) please let me know)

Step 3: The Major Features of those votes

Anti-Vaccination Example (“I opt out of Science”)