In this post today I’ll walk through the first four regions of the election:

I’ll be providing two plots with each region to assist analysis. The first one is a probabilistic plot of the likely outcomes for each individual party. Here’s a short explanation:

It’s overwhelmingly likely we will see two Liberal and Labor seats, and the final seat is a tossup amongst the minor parties.

The best deal here is clearly Transport Matters Party, who has the fastest rising curve. If not them, it should be one of LDP, Hinch’s Justice or Health Australia. 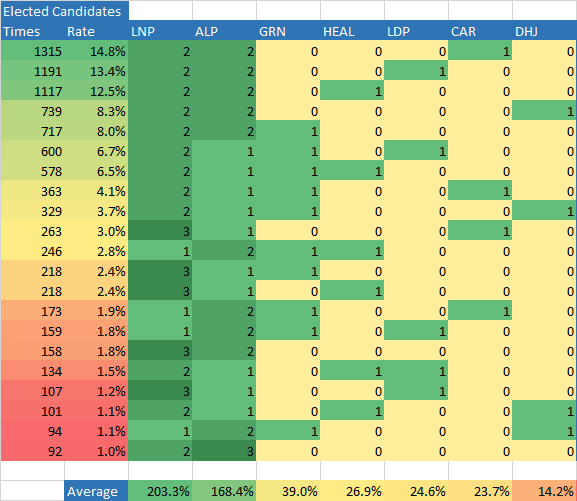 The important takeaway here is that if The Greens win a seat, it will most likely be at the expense of Labor.

This region is very similar to EMR, the first four seats will be split between Liberal and Labor. However, the Greens have a better chance at fending off the micro parties.

None of the micros have an exceptional deal, but if they get enough raw bulk they will take the final seat. The best placed are Animal Justice (with the top of the ballot benefit!), LDP or Shooters. 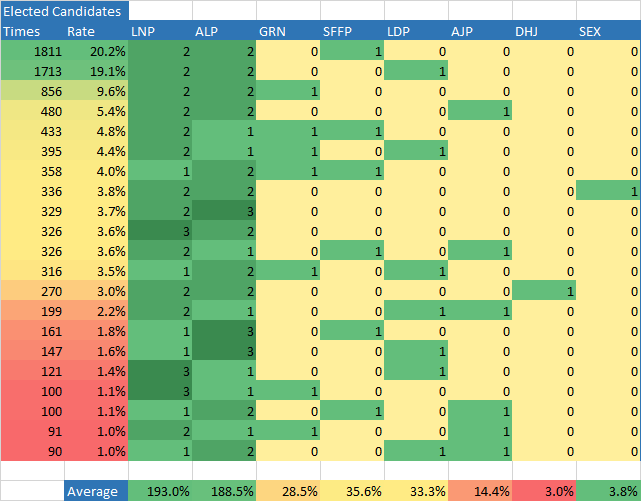 And it’s clear that the Greens aren’t fighting with Labor directly for a seat here.

This region is much more left leaning than the last two. There will only be one Liberal seat, two Labor and probably one Greens. The final seat could be a Labor third, but will most likely be a micro party.

This is Fiona Patten’s region, and there’s a lot to analyse with the ex-Sex Party 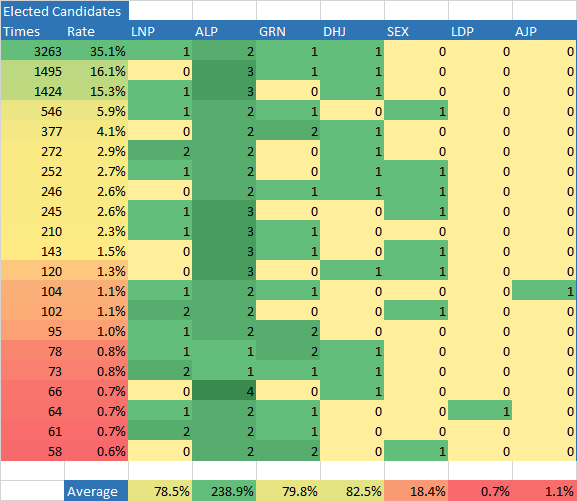 It’s hard to say who will win the last seat here, but it will likely be a contest between Reason and Hinch’s Justice

A really interesting situation. Both Labor and the Greens might not poll well enough to get their 2nd and 1st candidates respectively elected, and they could both lose to micro parties! It’s unlikely, but possible.

The most competitive are the LDP, Shooters, DLP and Shooters. The LDP’s deal is by far and away the best, and they have great ballot position (to the left of the Liberals)! 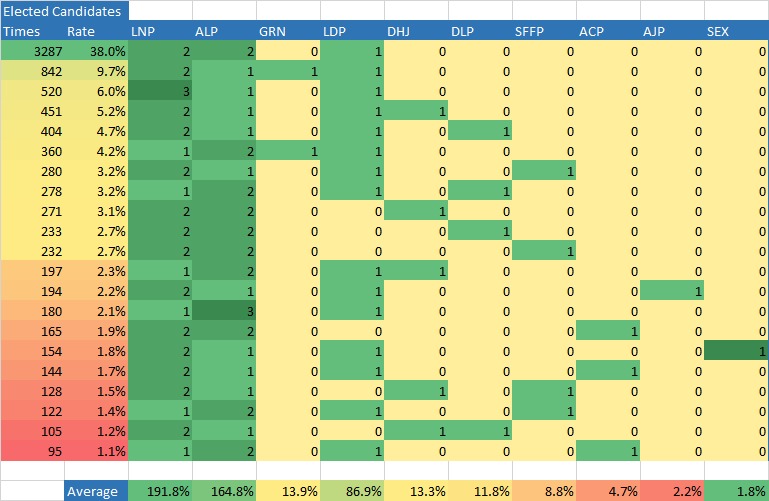 So how should I vote?

Take a look at the region you’re in, and look for the parties that have a chance of being elected. From those, vote below the line for your favoured parties. And, always, vote up the ballot (numbering candidates from bottom to top).