In this post today I’ll walk through the final four regions of the election:

I’ll be using the same two plots as yesterday’s post (have a look if you haven’t already!), with party logos added

It’s overwhelmingly likely we will see two Liberal and Labor seats (if you can’t see the vertical line, the Liberals are estimated to get right on two quotas), and the final seat is a tossup amongst the minor parties, or possibly a third Labor

The best deal on the table is the LDP, with only really the Greens a possible upset potential (or Labor) 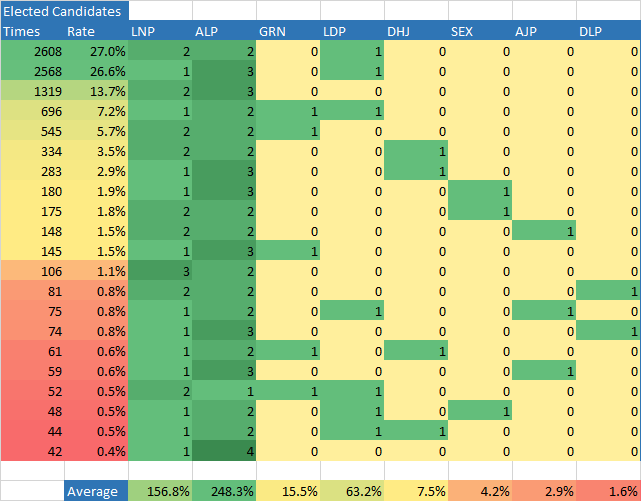 This region has a really good split of votes to fend off an attack from the micro parties. Liberals have a solid two quotas, and a chance at a third, but the Labor, Greens left wing split should be enough to win their 2nd and 1st seats respectively.

The best placed micro parties, if they get a decent vote share, are the two Justice parties, but the real crazy risk is the Sustainable Australia Party with a crazy good deal. They’re located to the right of all of the major parties (on the ballot), so that will cost them, but with a 0.4% vote … they’re a shot of upsetting. 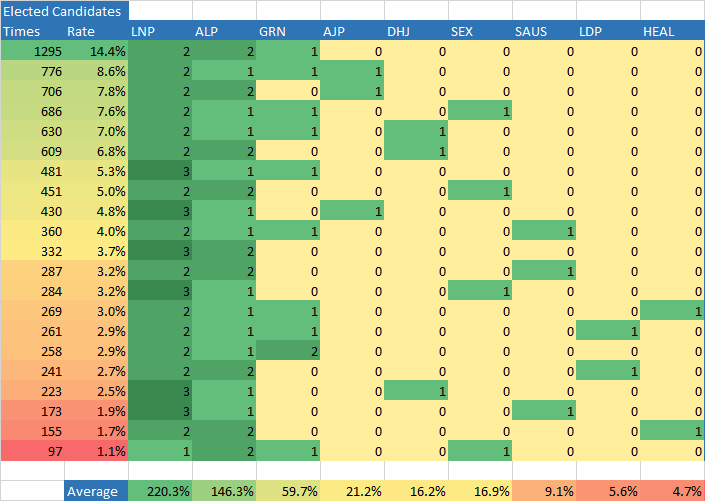 … and if they do get the ball rolling, they’re going to take a spot from Labor or the Greens.

If the swing is true, the Liberals stand to lose their second seat, and in the worst kind of way, bad Group Voting Ticket deals. They need nearly 80% of a quota to have a shot! This region is likely to be 1 Liberal, 3 Labor and, unless the Greens get a nice swing, one of the following micros: 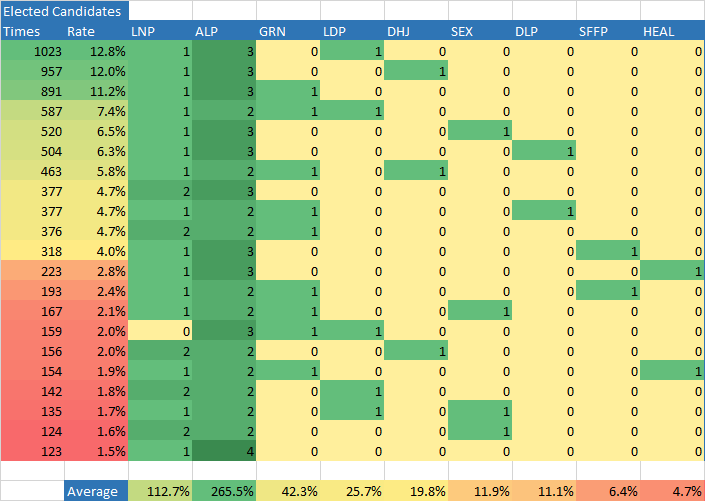 Liberal and Labor will get two seats each, they will each get two quotas in primary vote. The last seat is incredibly difficult for the Greens to get, just like last time when Vote 1 Local Jobs took the final seat. Strangely enough, they’re not recontesting this region.

The best placed microparties are Reason, both Justice parties or the LDP. 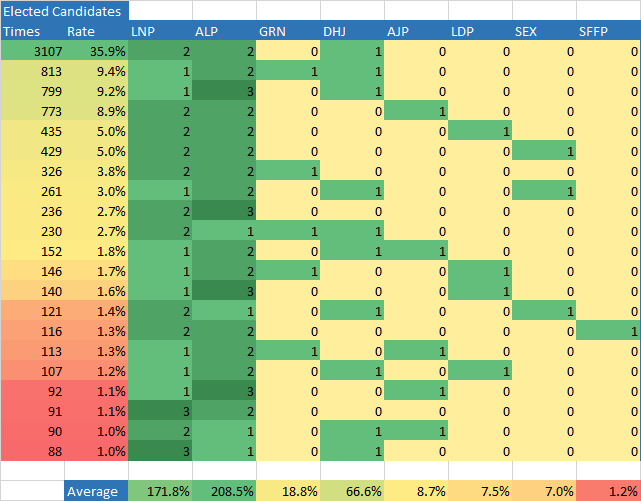 I don’t really want to predict this one, as we really don’t have any polling data on Hinch’s Justice … but here we go…

So what does this look like for managing the government?

Well, considering that the Andrews Labor Government hasn’t been getting along well with the Greens, this is great news for them, and horrible news for the Greens. The Greens and the Liberals don’t control enough seats to block legislation.

Even if the micro parties aren’t listed correctly, it would take a miracle for a majority of the upper house to require the Greens to support legislation. This would require the Liberals to retain an extra upper house seat in a swing against them, and the Greens to keep all of their current seats given horrible preferences from Labor.

So, the battle for Greens relevance will be won and lost in the lower house this election cycle.